Follow the Money is both good advice for journalists and an investigative site aiming for 20,000 paying members

There’s a famous scene in the film version of All the President’s Men. Woodward and Bernstein have hit a wall in their reporting. So Woodward, played by Robert Redford, goes to meet his source — Deep Throat — in a parking garage.

Deep Throat won’t explicitly tell Woodward what he wants to know, but instead gives him a suggestion: “Follow the money.”

Aside from that being solid journalistic advice, the phrase inspired Dutch journalists Eric Smit and Arne van der Wal when they were thinking of a name for their investigative journalism startup. “In order to control power and, to be honest, to keep the bastards honest, you need to follow the money,” Smit said.

The duo (along with Mark Koster, who now works at another Dutch publication), conceived Follow the Money in late 2009 and began publishing in March 2010. The site covers business, economics, and government misconduct, and its investigations have focused on issues like banking scandals, housing regulations, and the health care industry. But it’s committed to making their work connect with readers — both through direct engagement and by building a sustainability model that relies on reader memberships.

“The distance between traditional journalism and the audience has been too big in the last years,” Smit said. “We’ve been telling our stories from a podium to an audience. Our vision is more that we’re standing in the middle of a crowd and we want to be able to communicate with them.”

RELATED ARTICLE
Who are the 128 winners of Google’s Digital News Initiative funding? People are digging to find out

Follow the Money, a for-profit, launched with support from the government-funded Dutch Journalism Fund and subsequently received support from a number of foundations and investors, as well as a grant from the Google-funded European Digital News Initiative Innovation Fund. Smit and van der Wal own 88 percent of the business, with other investors splitting the remainder.

(Don’t confuse it with FollowTheMoney.org, the American website from the National Institute on Money in State Politics that tracks state political contributions, or Follow the Money, the “Danish financial crime thriller set in the renewable energy business in Denmark.”)

Since launch, the site has cycled through multiple business models and experimented with different ways to encourage readership to support and participate in its reporting. But, like many outlets facing similar questions of sustainability, it’s settled on paid memberships as the model it wants to use to support its business.

In 2015, the site introduced its membership program. It now has about 3,000 members paying €80 a year. Follow the Money’s journalism is only accessible to members.

That’s not enough for the site to turn a profit. It lost “a few hundred thousand” euros last year but is on track to break even by the end of 2018, Smit said, arguing that the site could reach profitability earlier, but wants to keep investing in its reporting. From mid-2015 through the end of 2016, Follow the Money generated about €550,000 (USD $587,000) from outside investors, memberships, and other grants. The site is in the process of raising another €350,000.

Follow the Money’s goal is to build a base of 10,000 members this year and hit 20,000 in 2018. It’s hired a marketing firm and is revamping its business operations to hit that goal. “We want to be a platform that can exist without donations,” van der Wal said.

The site’s founders began thinking about switching to the membership model in 2014, inspired by news organizations such as Dutch site De Correspondent, which is member-supported. (Last month, De Correspondent said it has 52,000 paying members. A membership to the site is €60 per year.)

Until then, Follow the Money had relied on a mix of revenue-generating methods: advertising, workshops, consulting, and doing investigations for other Dutch outlets. Follow the Money has largely abandoned these other models, however, doubling down on attracting paying users.

“It was very unsatisfactory. When we made a good story, the publications we made it for got all the honor and all the credit,” van der Wal said. “We won a few prizes, but it was always for articles that we did a lot of work for and produced but never got the full credit. We weren’t even paid sufficiently to maintain that model.”

Follow the Money is also looking to expand its reporting methods and look for new ways to involve its audience. Last September, for instance, it published an “impact report” that shared details on the workings of the site with its members.

Follow the Money’s coverage has focused primarily on the Netherlands. It has translated into English a handful of stories that would interest readers outside the country, including recent pieces on the hacking of the National Republican Senatorial Committee’s online shop and the commodity trading firm Nidera. 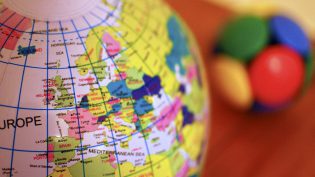 The site would eventually like to publish more in English and expand to other countries, Smit said — namely, Belgium, the United Kingdom, or Germany — but it’s first concerned with breaking even in the Netherlands.

For instance, it’s using its €50,000 of Google funding, along with an additional €60,000 from a Dutch fund, to create a platform that uses gamification techniques to let readers participate in investigations. The program is centered around rewarding readers at different levels of participation.

“We want to use the wisdom of the crowd, or the ideas of our readers, to make different kinds of stories; to use their knowledge and experience, and the willingness to share that knowledge, on our platform,” van der Wal said. “We came up with that idea after we noticed that some of the comments we had on our articles were of a very high level, and that the whole story became very different with the contribution of the readers — totally new, in fact, even better than we could’ve made it as journalists alone.”

In addition to traditional under-the-article comments, members can up-vote or down-vote particular comments. They also can place “shouts” in stories, which are essentially annotations to ask questions or highlight specific passages.

Additionally, members can earn badges for interacting with the site in different ways. Many of the badges are earned automatically, but others can be handed out by Follow the Money editors. And members can follow and get alerted to updates on specific dossiers — Follow the Money’s term for collections of shorter stories centered around a single topic or investigation.

Reporter Dennis Mijnheer said he often finds helpful information from commenters. (Follow the Money’s article pages invite readers to send reporters anonymous tips.) “Some of them are really educated. If I write about bankruptcy or bankruptcy laws, there are commenters that know more about it than me as a journalist. They are the real experts. That’s very interesting, of course, for a writer that you can learn and say, ‘OK, I didn’t think of that. I will follow up next time,’” said Mijnheer, whose coverage focuses on covering white collar crime.

The site has also previously crowdfunded specific reporting projects. Reporter Eelke van Ark, who covers health care, said two of her stories were supported directly by readers. One was an investigation into the private healthcare system in the Netherlands. It got “a couple hundred small donors, who were all very keen to donate for having an independent investigation of how powerful these private health insurers are, and what’s the story behind it,” van Ark said. “I felt pressured to do the best I could…I really felt obligated to put my best into it.”

No matter how Follow the Money grows or expands, however, Smit said the site is committed to making journalism — specifically investigative journalism — more accessible and interactive than it has been traditionally.

“Letting people know that you’re actually listening to them, and that you pick up on stuff they tell you, enhances the trust,” Smit said.

“Poison in the air”

How to successfully pitch video stories to top publications

This website uses cookies to improve your experience. We'll assume you're ok with this, but you can opt-out if you wish. Accept Read More